For the last two weeks we have been in one of the smaller rooms. The first week, because of the weather, we honestly thought nobody would turn up. It had been snowing most of the day. But we were wrong!
Last week was because a concert recital had been arranged, and the theatre is the only available space for such events. But this week we are back to normal. Last week’s model was Marissa, and as she pointed out to me NOT Melissa, which I called her more than once! Which is really embarrassing, as I have known and drawn Marissa for about a decade! 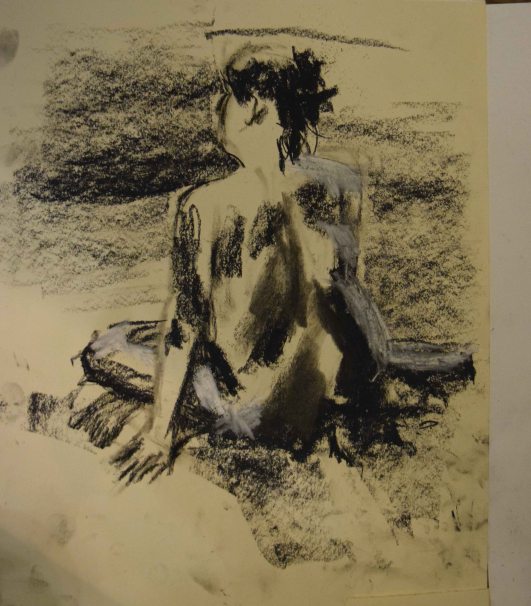 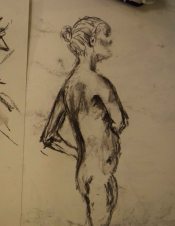 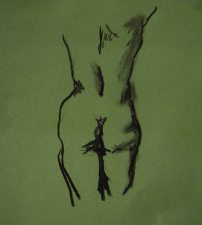 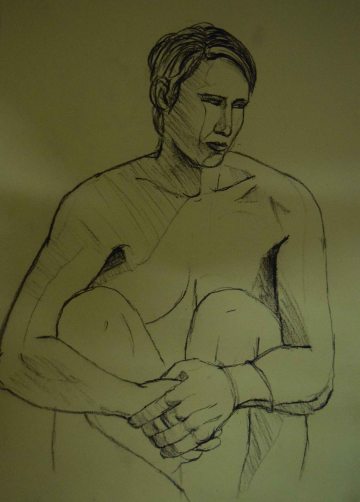 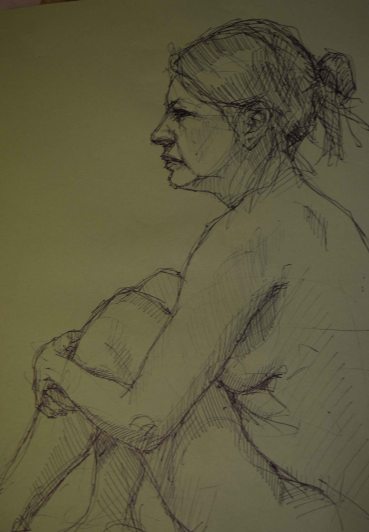 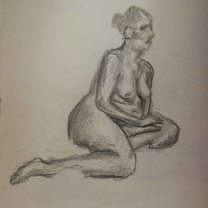 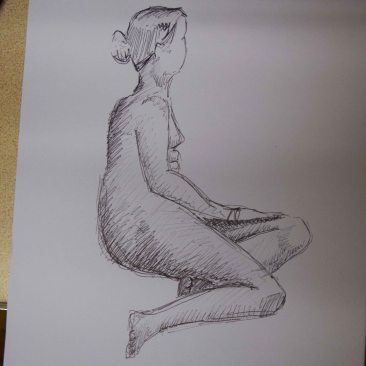