We were really fortunate last week to have Anya as our model. Anya is noticeably pregnant (about eight months). I have never run a class with somebody pregnant before, but when Anya suggested the idea, I jumped at the chance, though if I am honest I was a bit nervous. I needn’t have been, she was a star. There was one incident, and although I suggested stopping the class, she insisted it was nothing and we continued as normal. And once more I was surprised by the class, nobody was in the least bit phased. I suppose I shouldn’t have been, it is a Life Drawing class, and this is Life!
One interesting snippet, talking afterwards, somebody said….
“I was drawing her bump, and a few minutes later I realised I had it wrong and redrew it, this happened several times, at first I thought is was because it was such an unusual shape, eventually I realised it was the baby moving!” 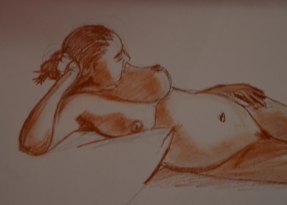 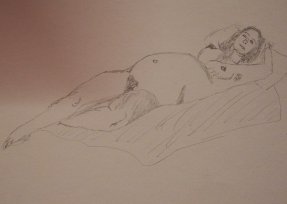 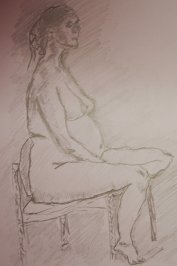 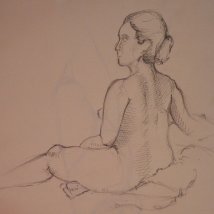 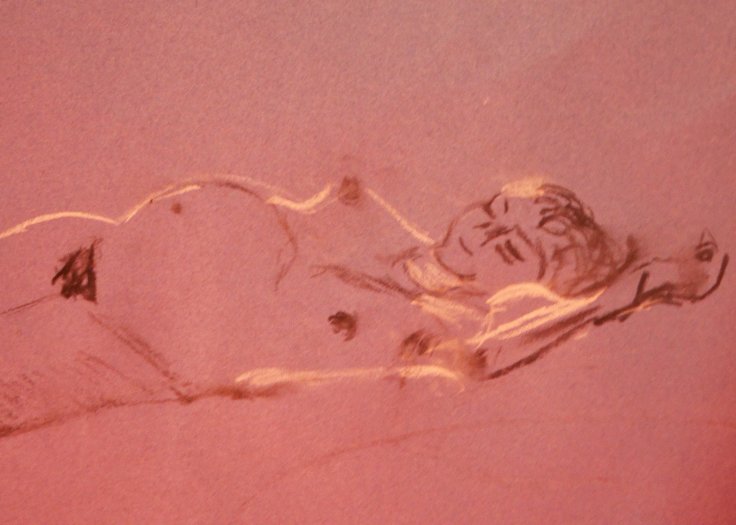